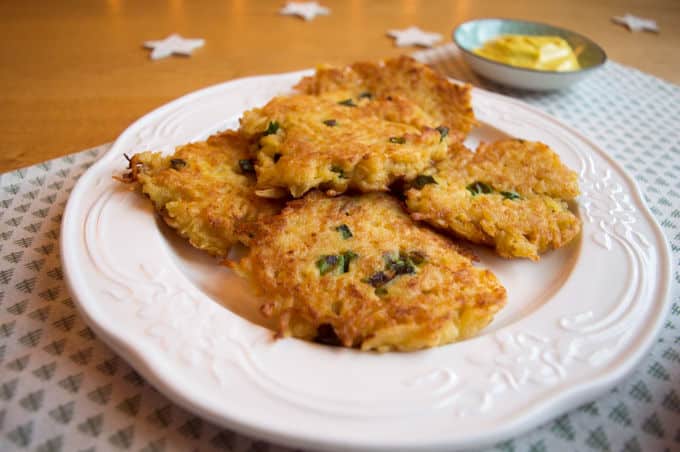 A latke is a traditional potato pancake served at the jewish Hanukkah celebrations. It is also very common in Germany where it´s called kartoffelpuffer or reibekuchen. It is traditionally eaten at Xmas markets and served with applesauce. I suggest you try these beauties with my light homemade mayonnaise, with turmeric and lemon juice.

A wonderful, easy and delicious recipe that all your family will love! 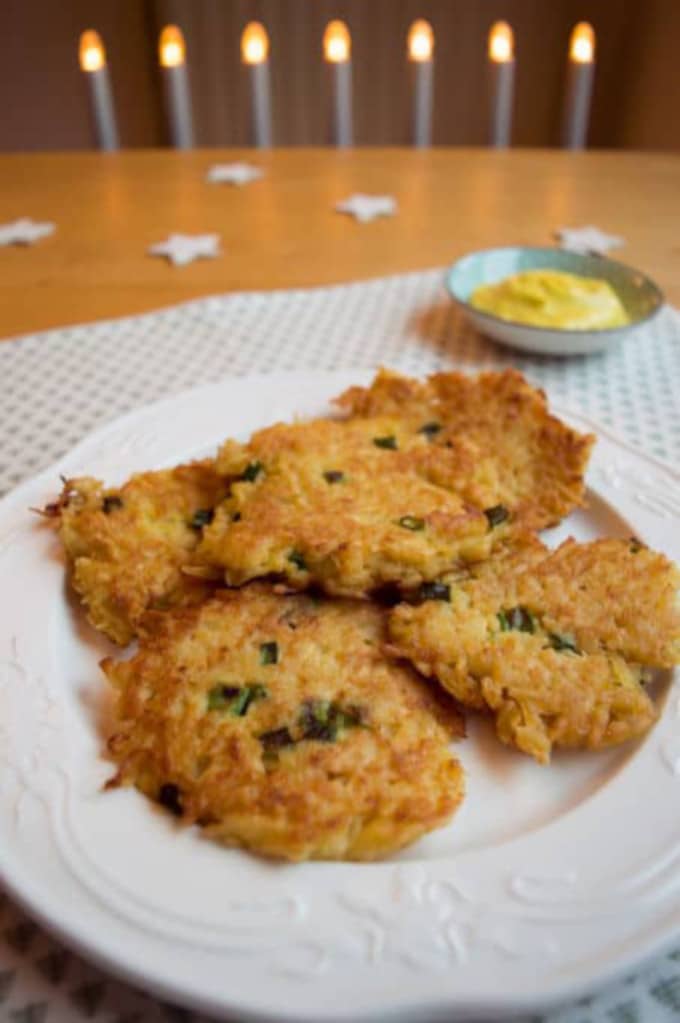 I´ve added a special ingredient to the traditional recipe: parsnip. This pale white carrot-like veggie is packful of nutrients, specially potassium and gives the latkes a unique sweet flavor.

To accompany these beautiful latkes, I’ve created a special homemade mayonnaise. It is a light mayonnaise with lemon, inspired by the dutch popular fritessaus to serve with fries. Instead of the typical mustard, I´ve added turmeric for a healthier touch and a brighter colour.

The recipe has also some minor adaptations to the gluten free and low FODMAP diets: flour has been substituted by potato starch and onions by green onions (green parts only). 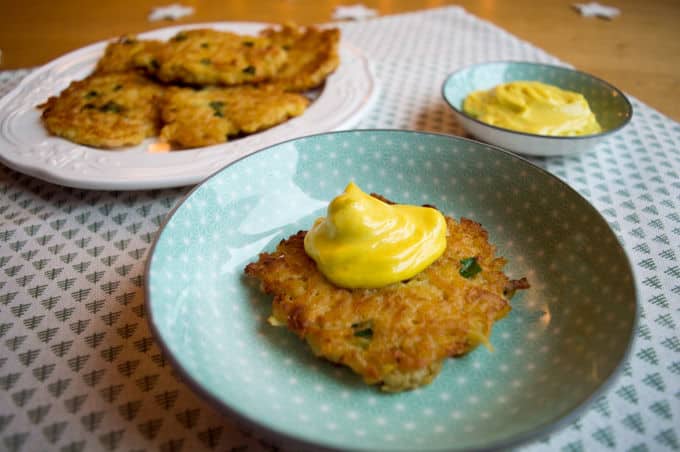 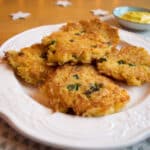 For a traditional latke you can use another potato instead of the parsnip.
Tried this recipe?Mention @mygutfeelingblog or tag #mygutfeeling!