Irritable Bowel Syndrome (IBS) affects up to one in five Americans and is also common in Australia, Europe and many Asian countries. It is a condition that is characterised by gut symptoms including abdominal pain, wind, bloating and changed bowel habit (ranging from diarrhoea to constipation). Symptoms can often be debilitating and lead to a reduced quality of life.

A new dietary management approach – the Low FODMAP diet – is being used to control symptoms associated with IBS. The low FODMAP diet is becoming increasingly accepted worldwide as the primary management strategy for IBS as well as for other gastrointestinal disorders. 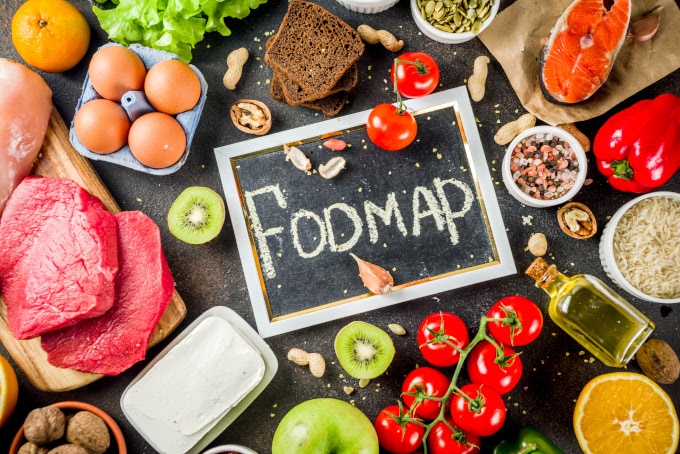 FODMAPs (stands for Fermentable Oligo-saccharides, Disaccharides, Mono-saccharides and Polyols) which can be found found in a wide range of foods which may be poorly absorbed in the small intestine. Mal-absorbed carbohydrates are fermented by gut bacteria to produce gas. Current research strongly suggests that this group of carbohydrates contributes to IBS symptoms. Limiting dietary FODMAPs is therefore an effective treatment for people with symptoms of IBS.

The Australian Monash University research team, led by Professor Peter Gibson, developed the low FODMAP diet. They have also developed a very useful smartphone application that includes acceptable and forbidden foods for a low FODMAP diet plus recommended quantities, a shopping list, recipes and other relevant information. This diet has been successfully adopted in the UK by the King’s College London University, as well as in Belgium (University of Leuven) and Italy (University of Bologna).

In this blog you can find healthy low FODMAP recipes here.