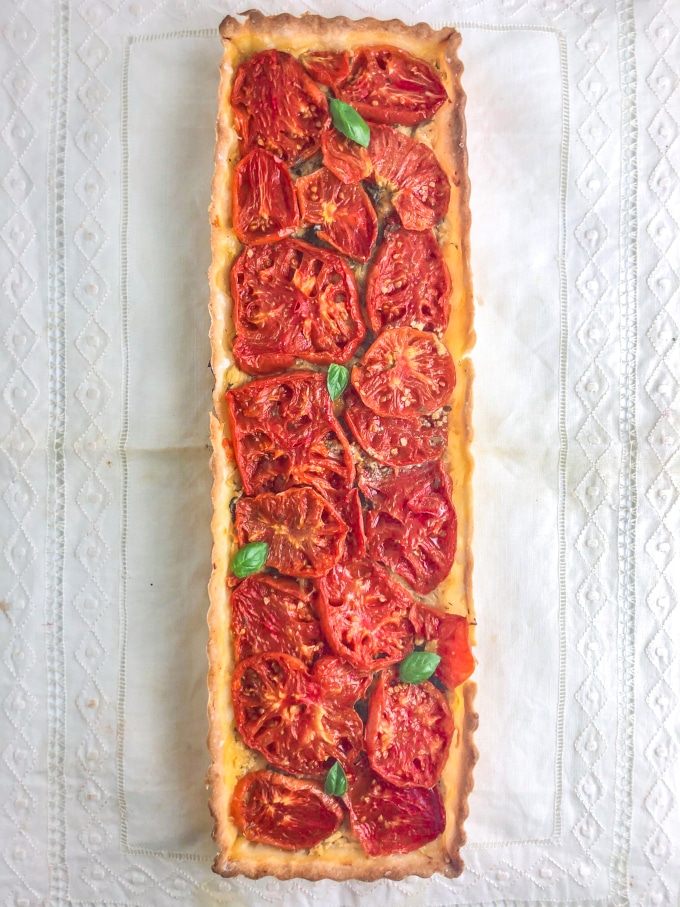 This beautiful french-inspired Tomato Tart is gluten free and low FODMAP (with a vegan option too). An easy and quick recipe with storebought crust filled with tomatoes, grated cheese (optional), herbs, and a secret ingredient. You can have it for dinner or as an appetizer to share with friends and family. 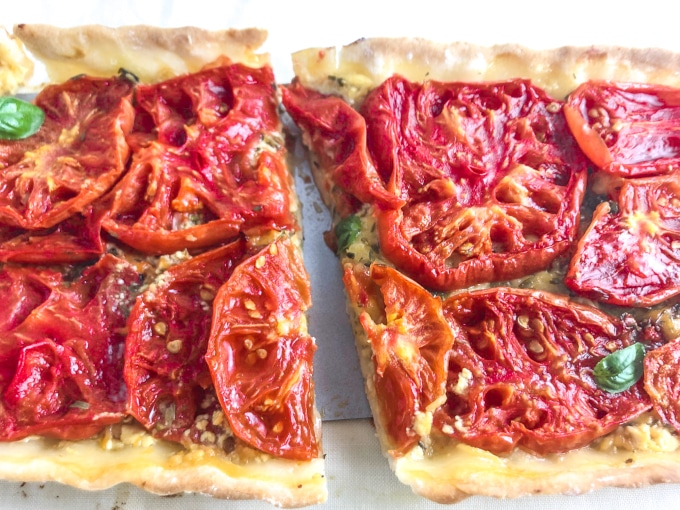 The original recipe is called Tarte Fine à la Tomate and it’s a popular French delicacy where a crust (often storebought) is filled with tomatoes, herbs and mustard! This unexpected ingredient is a game changer in this savory tart. You get a tangy flavor that balances with the sweetness of the tomatoes. Simply delicious!

Originally vegan, other versions include french gruyère grated cheese, which is low FODMAP. This recipe can be done with or without cheese.

For this Low FODMAP Tomato Tart I used heirloom tomatoes given by my friends Jim and Marie. I thank them for sharing part of their harvest of one of my favorite foods in the world. These ancient tomatoes taste so much better than regular ones but, like other great things in life, only last for a few months of summer.

They haven’t been tested low FODMAP and I doubt they’ll ever be, as they are fragile, hate being refrigerated and don’t last long. I know a few low FODMAP bloggers and dietitians who shared recipes with heirloom tomatoes, so I’m guessing they are safe.

BUT, if you prefer to play safe, you can use common tomatoes. They will do just fine.

This Low FODMAP Tomato Tart recipe is super easy to put together. It’s one of those recipes where you won’t need much effort to have an amazing meal! You’ll just need a storebought gluten free pie crust or puffed pastry that’s also low FODMAP. I advise you to confirm if the label doesn’t have any high fodmap ingredients.

If you prefer making your own pie crust from scratch, check out my French Quiche Lorraine recipe, with all you need to know about how to make a low FODMAP crust.

Now that you have your crust, fill it with tomatoes, dry herbs, mustard and grated gruyère cheese (omit for vegan version). Half an hour in the oven et voilà! It doesn’t get much easier than this and I promise you the taste is just amazing! 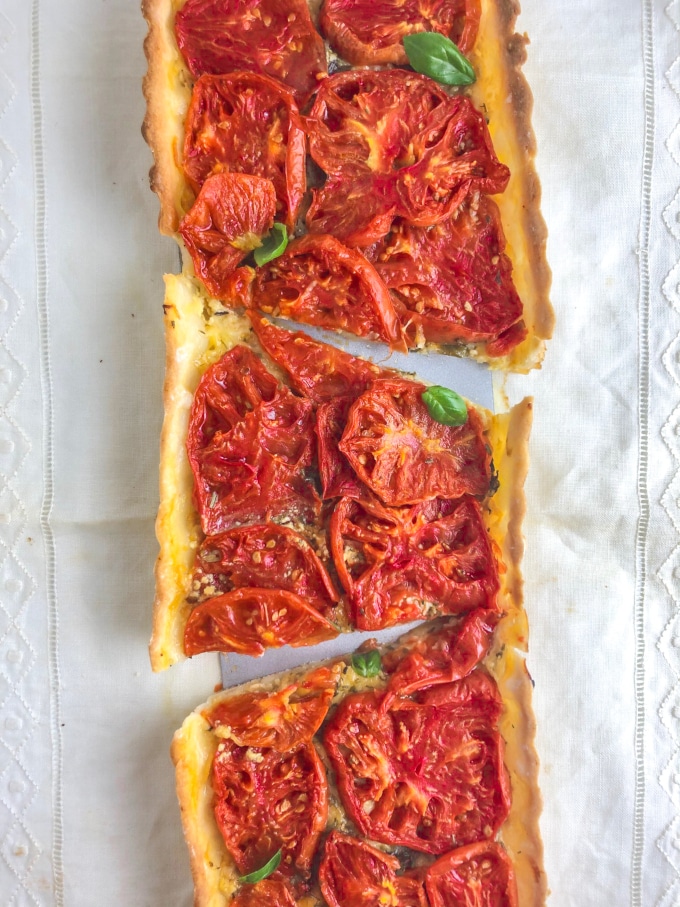 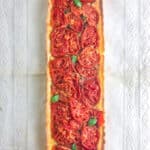