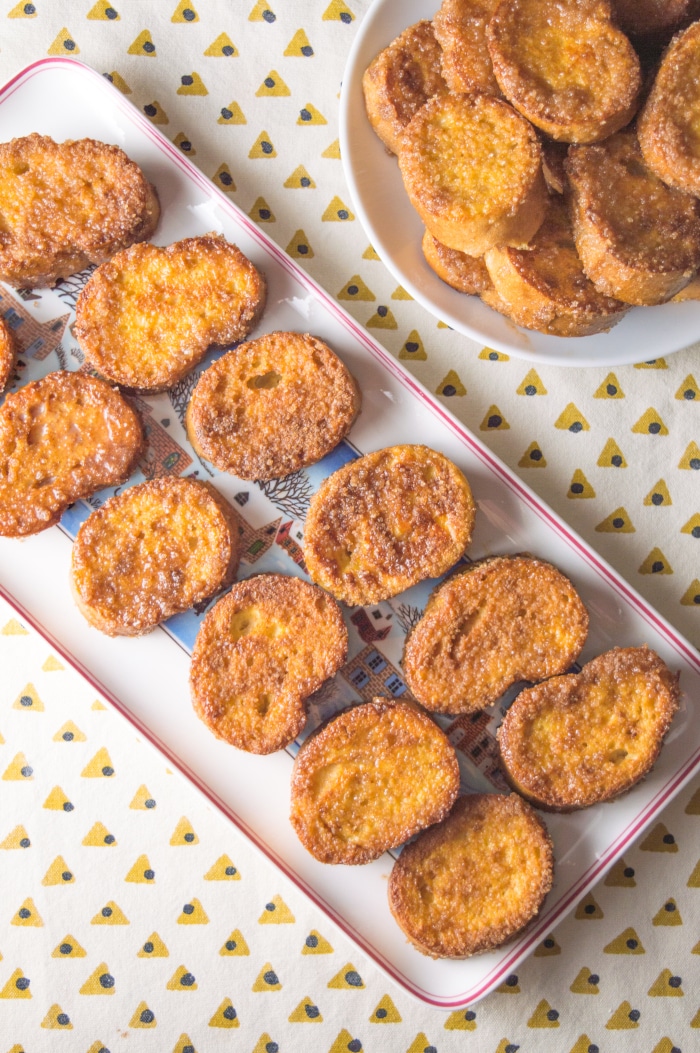 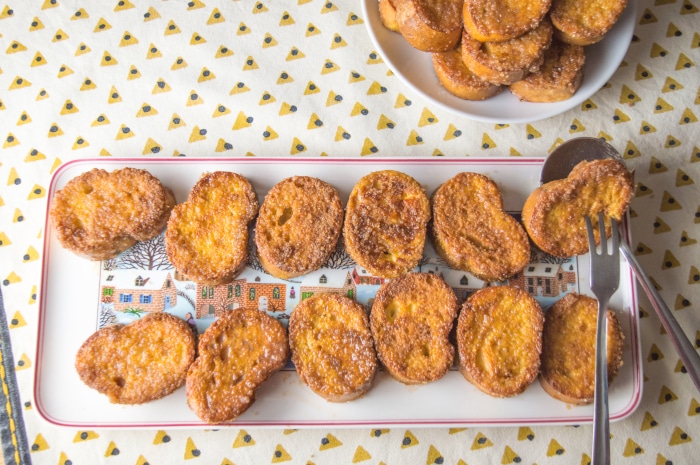 Today I bring you a golden on the outside; soft on the inside low FODMAP baked french toast recipe. A delicious morning treat for a lazy Sunday or a Holiday brunch.

This custardy French toast recipe is quite popular in Portugal as a Chrismas dessert, that many eat for breakfast as well. We call them Rabanadas, and they are usually deep fried, coated with cinnamon sugar and topped with sugar syrup. Heathier versions (like the one I share with you today) are baked instead of fried. They also have less sugar (no sugar syrup either).

The process is quite simple: thick bread slices, dipped in warm scented milk and egg wash, cooked and topped with cinnamon sugar. For this low FODMAP version, I swapped the milk with lactose free milk and bread with this gluten free baguette from Schar: 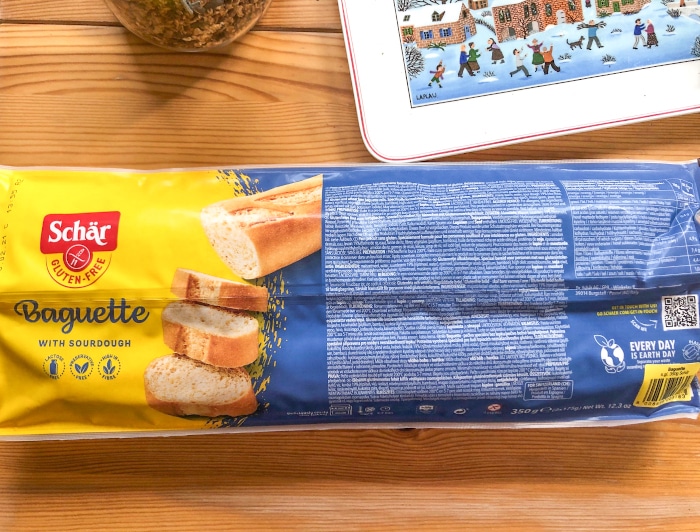 This pre-cooked baguette from Schar has two advantages. The first one, it holds well the liquid. The second is it’s certified Low FODMAP by Monash University.


The end result is more than 30 small, flavorful french toasts that can feed a crowd with minimal work and effort. 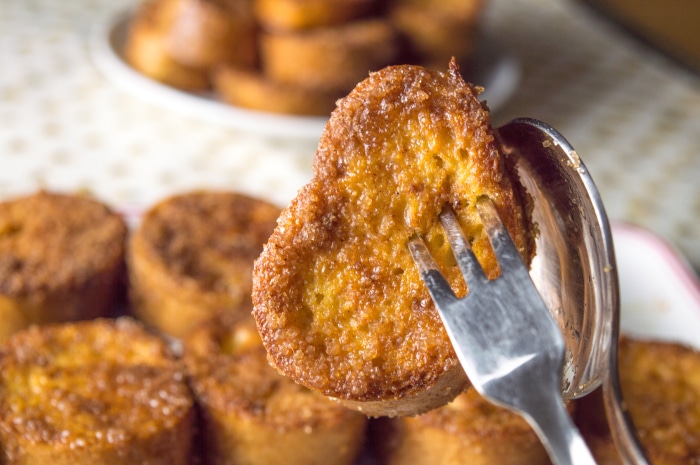 And if your looking for more breakfast recipes, check out my collection. 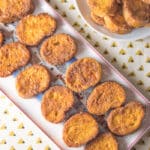 Hello and welcome to My Gut Feeling! My name is Joana and I follow the low FODMAP diet. Here I share low FODMAP recipes and tips. Hope you enjoy! Read More… 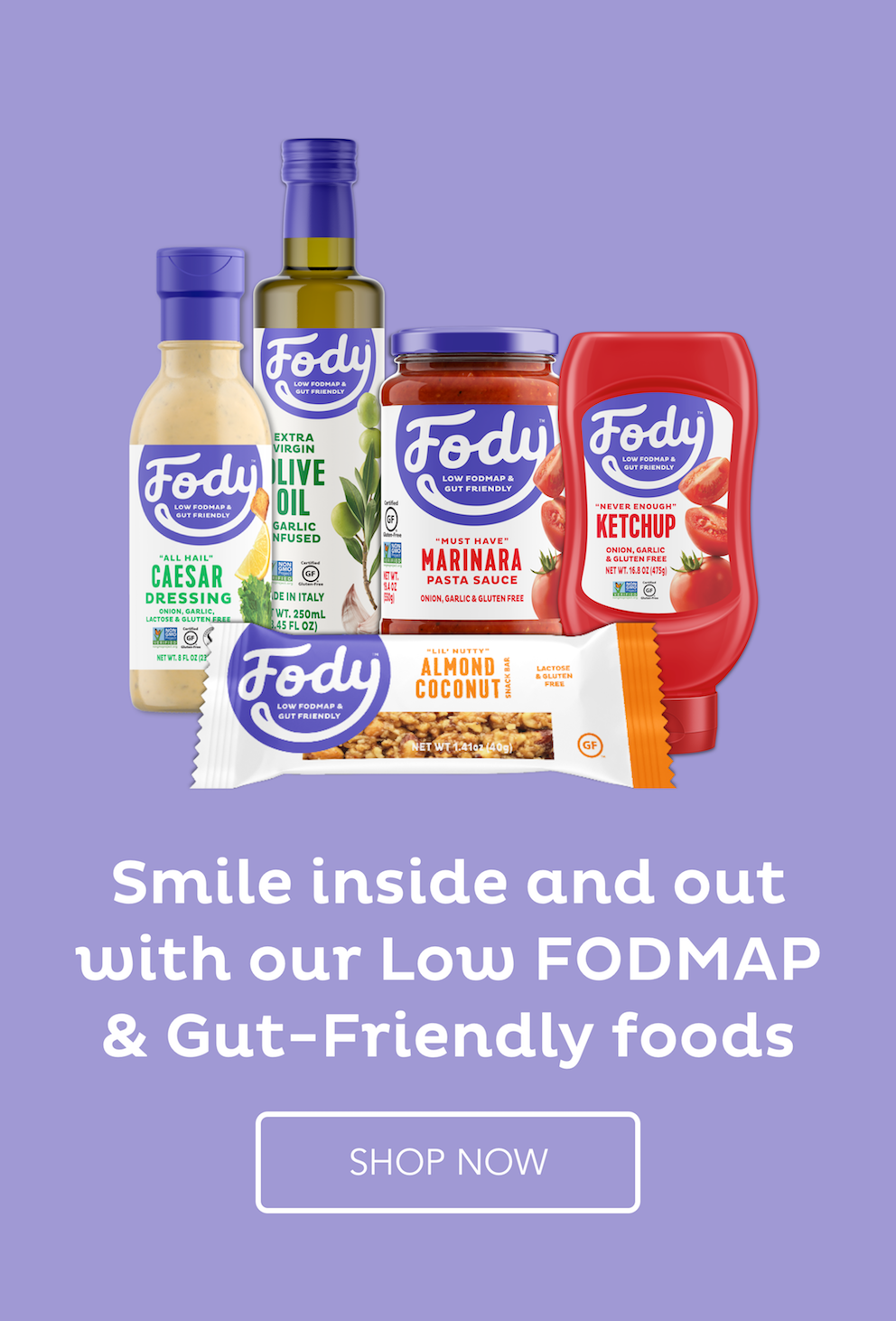