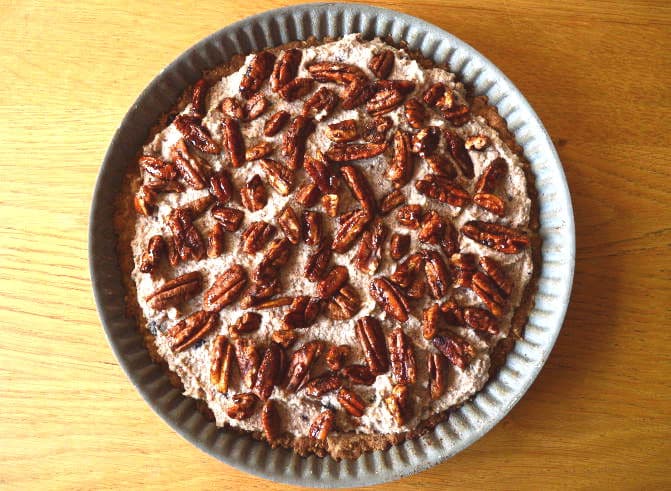 This beautiful pie was my first fall sweet craving. I had been wanting to make this recipe from Deliciously Ella for a long time, but the challenge was big! Ella (the new Nigella, according to the Times) was very kind and supported me in this challenge of making the pie into a low fodmap friendly dessert. – A big thank you, Ella:)

I hope you enjoy it as much as I do! 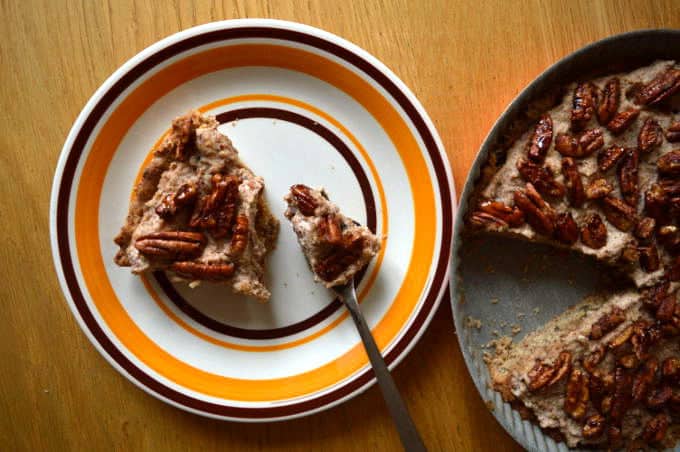 So, the challenge was to substitute the honey, cashew butter and dates, while keeping an eye on the quantities of dry fruits I would use (us low fodmappers don´t tolerate them well). Instead of honey I used maple syrup and for the dates, I used dry raisins and cranberries (well tolerated if in low quantity). For the almonds, as we can only eat a maximum of 10, I thought it would be safer to mix them with walnuts. For the cashew butter I just changed it for peanut butter. If you want to make it yourself, try this wonderful home-made peanut butter recipe – A big thank you, Sara 🙂 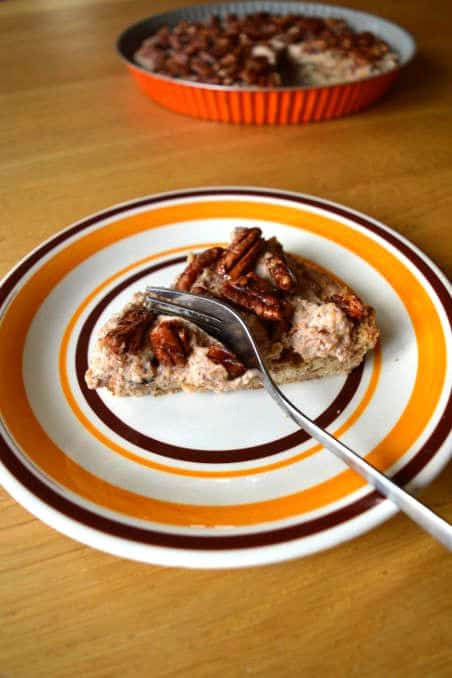 The filling is not as brown as in the original recipe because we took out the dates. I suggest that you keep the pie in the fridge. This way the consistency will become more creamy and dark. 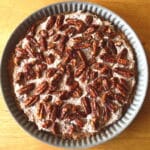 *Low FODMAP diet notes:
Limit the almonds to 10 and fill in the rest of the cup with walnuts
Raisins and dry cranberries are limited to 1 tbsp a day. This amount should be safe, as long as you don´t eat the whole pie 😉
Tried this recipe?Mention @mygutfeelingblog or tag #mygutfeeling!